Last summer, when F.H.Browne & Sons were busy restoring the organ at St Mellitus, we commissioned a short film to capture the work and tell the story of our organ and the men commemorated by it.

The film tells the story of the project, including some of the moving stories of the soldiers, told by the volunteer researchers who uncovered them. The film plays to a soundtrack of the organ itself, played by James Orford, Organist in Residence at Westminster Cathedral.

If you didn’t catch our Christmas Concert, live streamed on 13th December to mark the centenary of the St Mellitus memorial organ, it’s not just for Christmas! You can still listen to it on the project’s YouTube channel. Please share it if you enjoy it.

During the first Covid-19 lockdown in Spring, when we had to cancel our planned live events, renowned Mezzo Soprano Patricia Hammond and her musical partner Matt Redman recorded a series of vintage songs on the theme of ‘home’ from the beautiful surroundings of St Mellitus Church in North London’s Stroud Green.

Many of us have been at home, missing and in some cases mourning the loss of friends and family.  The theme is particularly poignant in the context of St Mellitus, home to the unique Hunter First World War Memorial Organ, which commemorates the men from the parish who went to fight in the war, many of whom never came home. 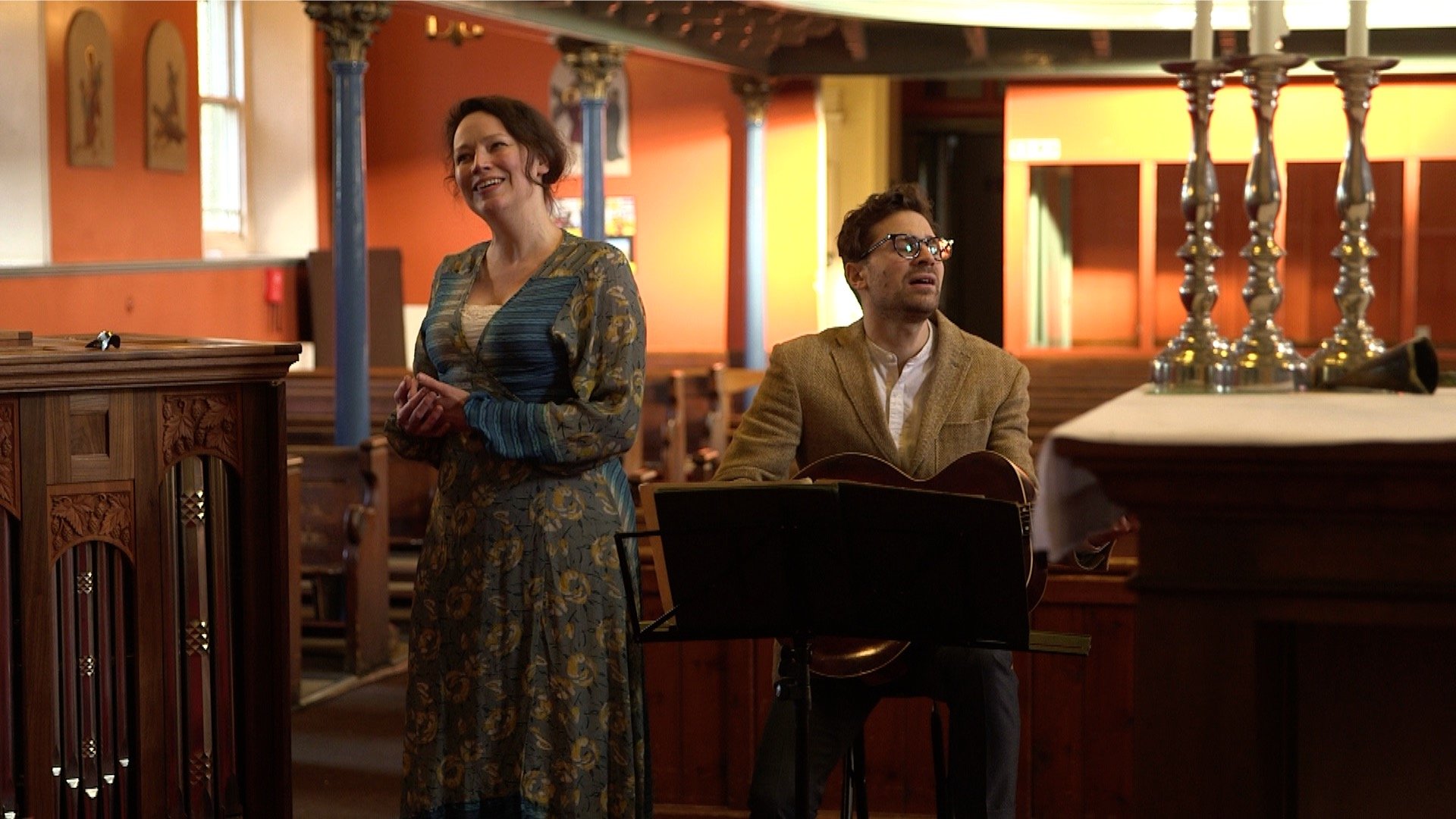 It was incredibly poignant for us to perform songs about coming home in an empty church at this time, thinking of a hundred years ago when the world was devastated by deadly influenza and people mourned the fallen. We’ve spent four years commemorating the First World War, but never seen a memorial to those who returned.
Patricia Hammond.

Watch a time lapse of the decorative pipes being installed, as the organ restoration nears its completion.