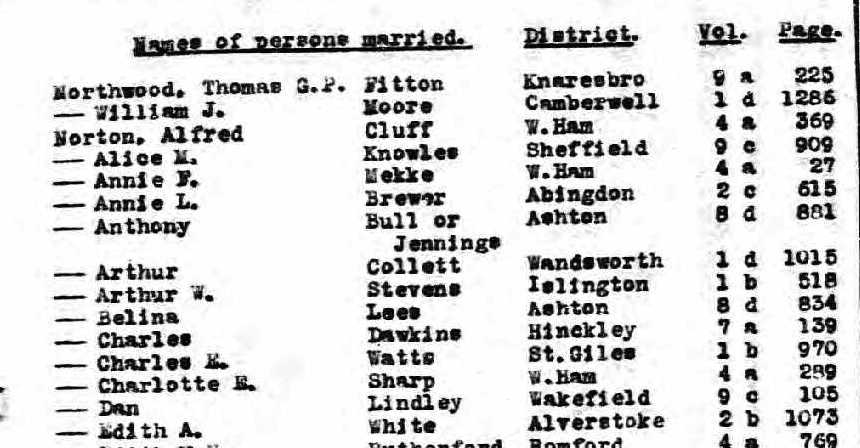 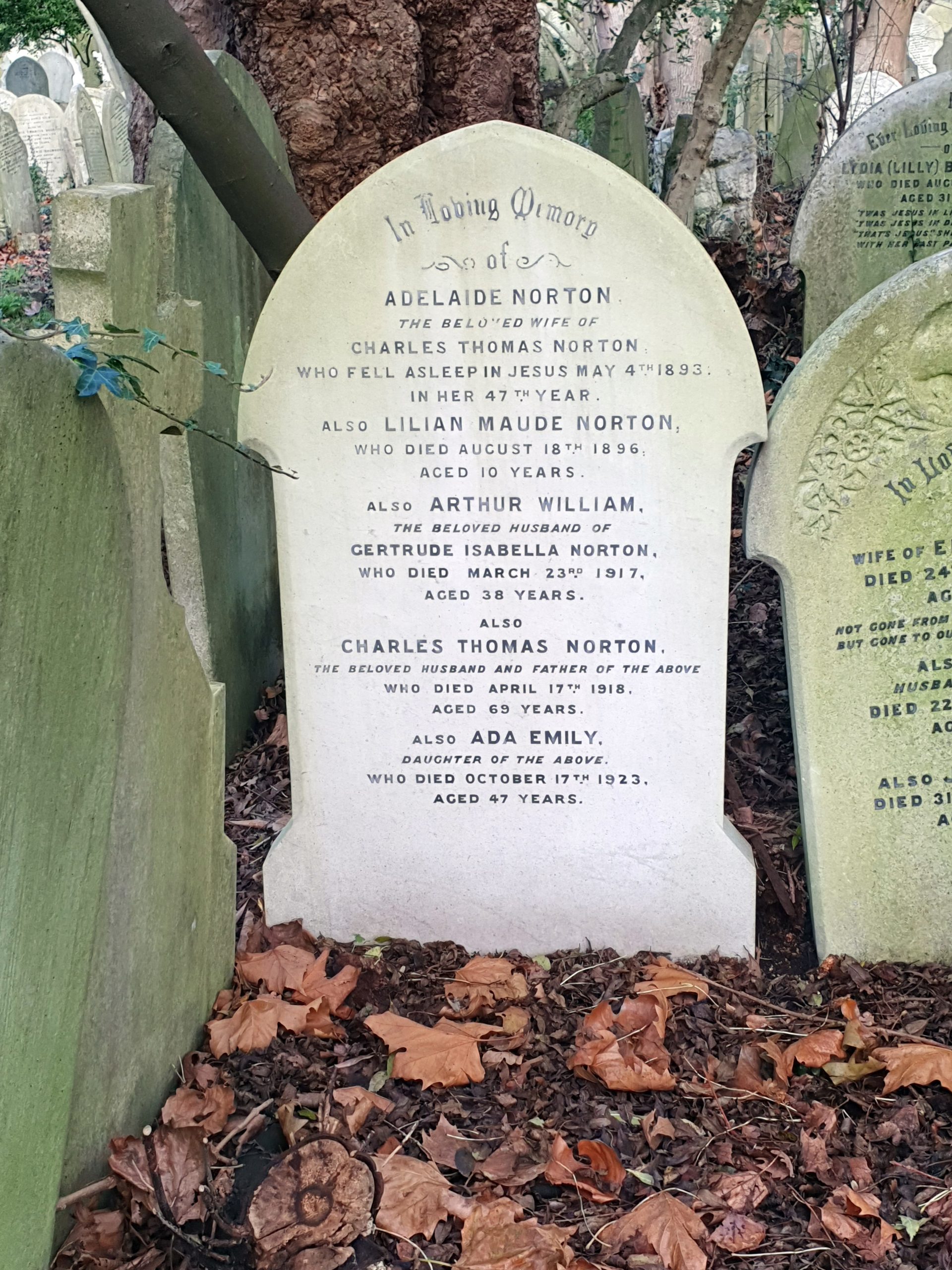 First, a caveat: this section of the website invites you to Meet the Soldier, but this blog will introduce you to more than one man called Arthur W Norton. Exactly how many is a good question.

There are 46 names on the plaque that was put up at New Court Congregational Church in December 1920 to honour the local men who fought and died in the First World War. A century later, the archive research volunteers on this project met for the first time, at the same site, now St Mellitus Church, and after rounds of introductions, tea and biscuits, we each selected two of these fallen soldiers to research.

The plan was to rediscover and retell each man’s story, producing a database, biographies and, if the material warranted, perhaps a blog. We were armed with enthusiasm, passwords for various ancestry and war record websites, plus whatever experience and investigative skills we had to bring to the task. As a journalist, I was excited at the chance to step into Who Do You Think You Are? territory.

First stop was the Forces War Records. There were seven entries for Arthur W Norton or Arthur William Norton. Two belonged to a Private in the Royal Army Medical Corps who hailed from Liverpool, the next two to a Private who had enlisted with the Lincolnshire Yeomanry and moved to the Machine Gun Corps, and another to a Canadian airman from Montreal. On geographical grounds they could all be discounted.

The other two records were both for Private Arthur William Norton, a Driver and Gunner with the Royal Field Artillery, whom the 1911 Census placed in nearby Walthamstow. Arthur was a packing case maker who had been raised in Bethnal Green, the eldest child of another Arthur, a chair maker, and Charlotte Norton (née Rolt), whose occupation is given in the census as a collar ironer. His five younger siblings were still living at home, but Arthur had moved to Walthamstow after marrying Isabel Cullingworth – probably out of necessity – in June 1909; their first child, Lilian Florence, was born just six months later. Two more daughters followed: Elsie Marie in December 1912 and Grace Gertrude in February 1915.

Grace’s birth raised the question of how much Arthur saw of his youngest girl, for he served in France and Flanders from 1914 to 1918. He was killed in action in the Somme on 19 September 1918, fighting with ‘A’ Battery of the 112th Brigade, and is buried in the Peronne Communal Cemetery Extension. His grave is marked by a white cross and whether he is remembered anywhere else we don’t know, but it is doubtful he is the Arthur W Norton honoured at New Court Congregational Church. I could find nothing to connect him with the church and the feeling persisted that ‘our’ man may be found closer to home.

A return to the Ancestry website led me to a second, more promising Arthur William Norton, the third of five children of Charles and Adelaide Norton (née Kingston). The family were listed in the 1891 Census as living in Corbyn Street, five minutes’ walk from New Court, and by the 1911 Census, were long settled at 32 Marriott Road, so close they had halved the walking time to church. Arthur was a stationer’s clerk.

He also seemed to vanish from any records after 1911, appearing neither in the wills of his siblings nor later electoral rolls. This suggested he had been a casualty of war, only there was nothing to link him to the First World War or any of the Services. So for much of 2020 he was our unknown soldier, and it looked as though he would remain that way – even when a third Arthur William Norton came to light.

In October, Emma, our co-programme lead, visited the London Metropolitan Archives and returned with a list of the New Court Congregational Church members from 1920. Among the names was Ada Emily Norton, sister of Arthur from Marriott Road. This was the first evidence connecting him with the church, if not with its memorial, but more intriguing was another name – Mrs A W Norton, Montreal, Canada.

Mrs Norton turned out to be Gertrude Isabella Stevens, librarian and war widow of our ‘third’ Arthur William Norton. Her late husband was our Canadian airman from Quebec, whom I had first encountered on day one of my research and, more encouragingly, the couple could be traced to Shaftesbury Road, just off Crouch Hill. Arthur had died in March 1917 and was buried in Highgate Cemetery.

According to The Official History of the Royal Canadian Air Force, about 20,000 Canadians fought in the First World War for the Royal Flying Corps, the forerunner of the Royal Air Force. The Canadian Air Force was only formed in 1920, and acquired its royal seal of approval from King George V four years later. Our Arthur, it seemed, had come from Montreal to north London to serve king and adopted country.

But there was another twist: this Arthur William Norton wasn’t one of the 20,000. His rank had been Airman 3rd Class, he couldn’t fly an aircraft and he wasn’t even Canadian. In fact, he was more familiar than I had thought. Arthur was a clerk, and not just any clerk but one who had been raised in Marriott Road, in the shadow of New Court Congregational Church and had been married there on 31 May 1913. Our second and third Arthurs were one and the same man.

Gertrude was our Canadian, and somewhere along the line, in the thankless task of recording the who, what, when and how of the First World War, her nationality had been erroneously conferred on Arthur. Born in Park Street, Islington, on 4 March 1879, he was baptised later that month at St Andrew’s Church in Barnsbury. He married at the age of 34 and enlisted three years later in the summer of 1916, but was not called up until 24 January 1917. He served in Farnborough, Hampshire, for less than two months and died at the Royal Connaught Hospital in Aldershot on 23 March 1917. No cause is recorded.

Six years later, in August 1923, Gertrude travelled back to Montreal from Liverpool on RMS Regina. And in October that year, Ada died at the British Home and Hospital for Incurables in Streatham, Surrey.

The second lockdown in November put an end to my plan to visit Arthur’s grave. Fortunately, Dr Ian Dungavell, chief executive of the Friends of Highgate Cemetery Trust, offered to take a photograph of the headstone and the picture, which you can see here, confirms Arthur was buried with his mother and a fifth sibling, Lilian Maude, who died at the age of 10 in 1896. Later they were joined by Charles and Ada.

And that’s where the story ends. Or does it? Ian’s email notes that the headstone is “looking remarkably clean. Someone must have been looking after it for it to remain so crisp.” Exactly who is a good question.

If you think you have any information about descendants of Arthur William Norton, please get in touch at contact@stmellitusorgan.co.uk

Read more about Arthur Norton and David’s experience of volunteering with the project in the Islington Gazette and Ham & High.