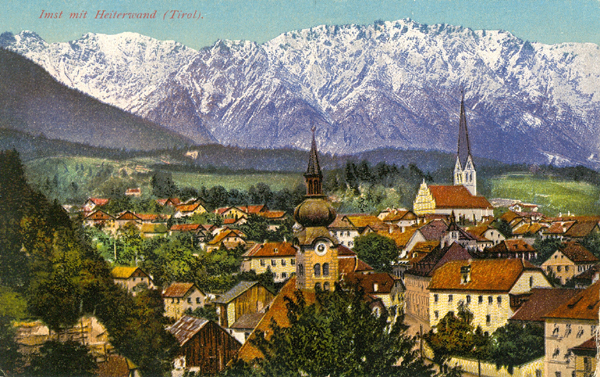 Postcard of Imst in the Austrian Tyrol, 1919 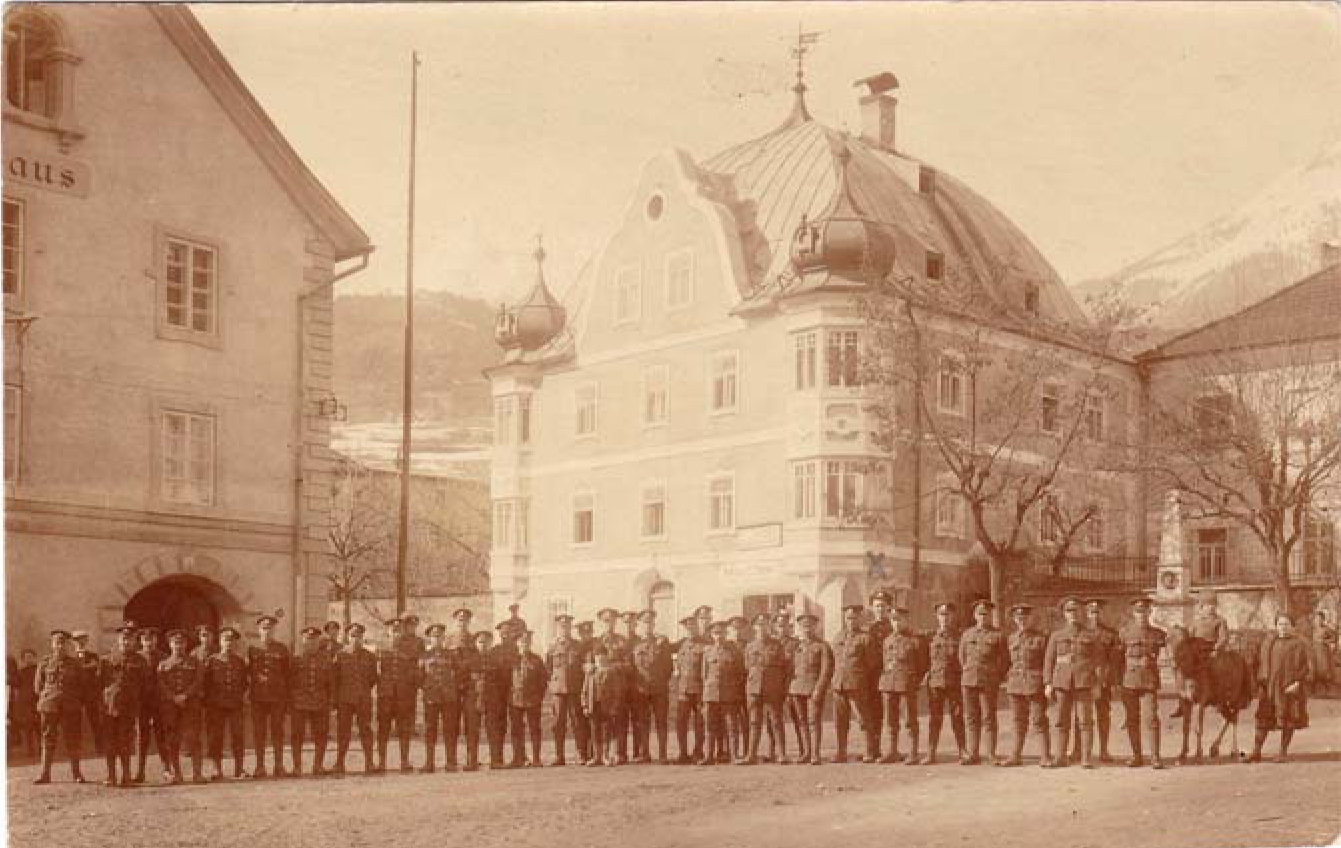 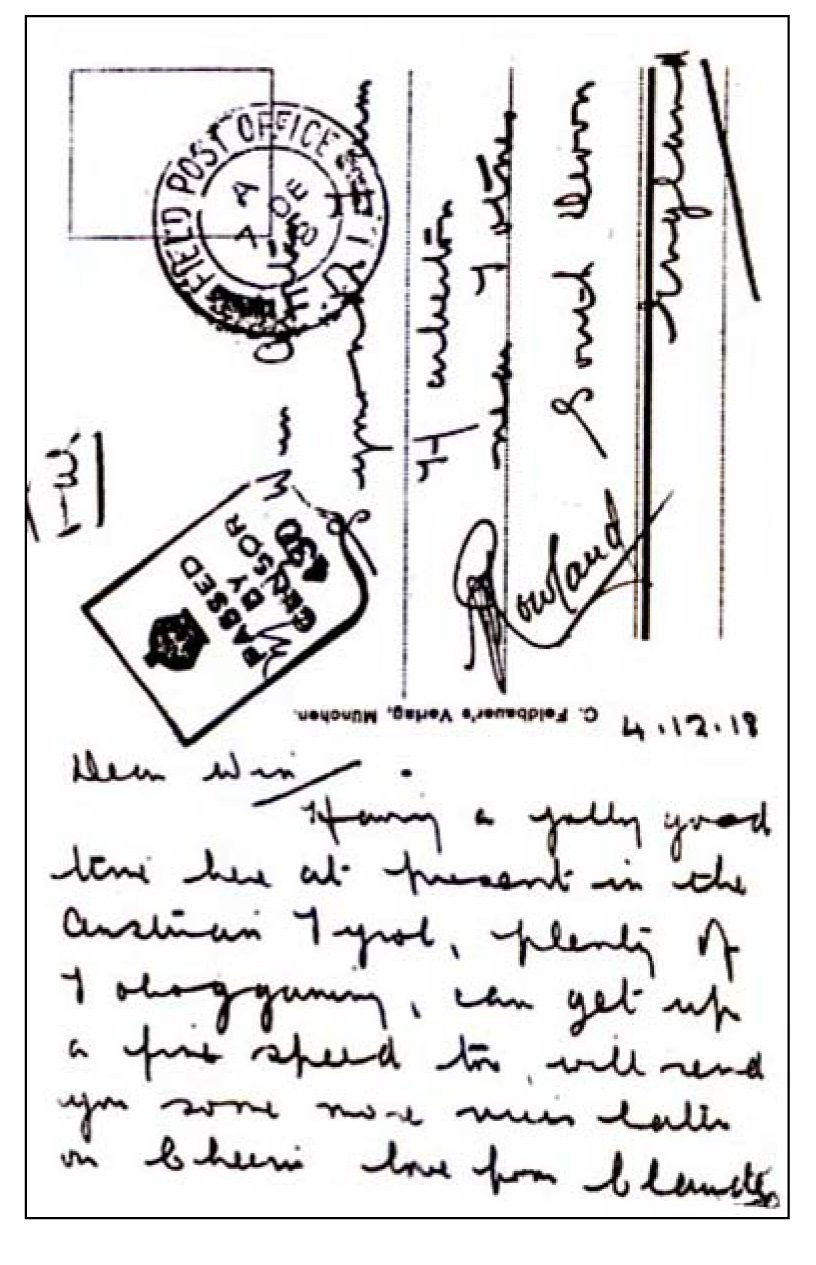 Postcard from a soldier of 2nd Battalion, HAC 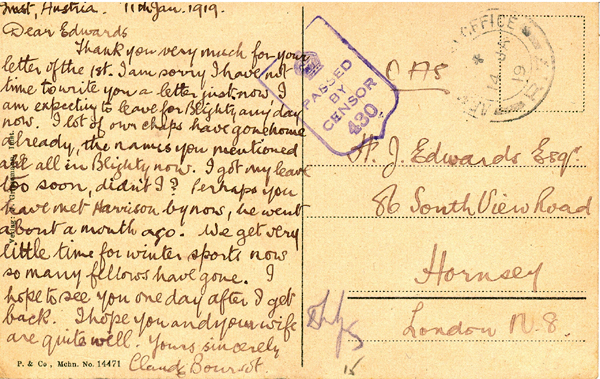 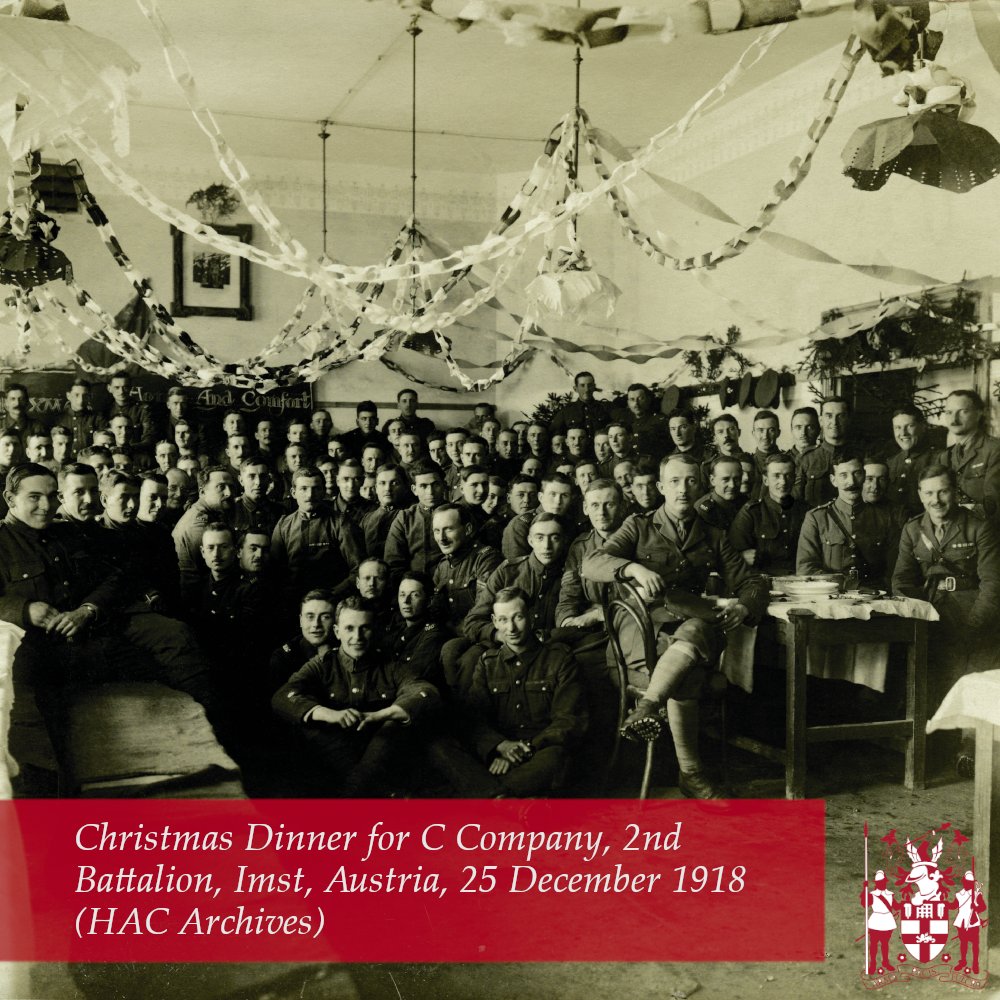 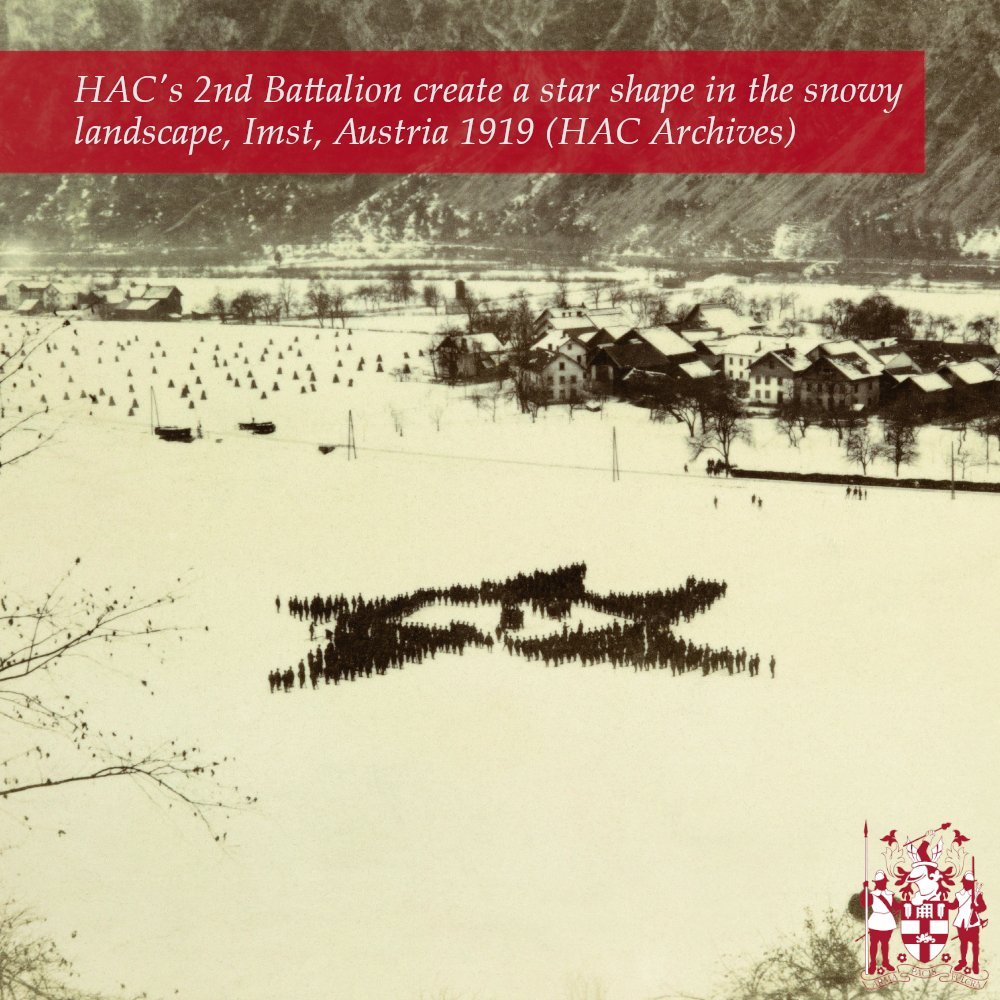 Imst in the Austrian Tyrol: a picture-postcard place a long way from the Western Front. What was Lance Corporal Cyril McNeill of Stroud Green doing there in December 1918?

Stuck at home in lockdown, I’ve had hours and hours to immerse myself in the records of our soldiers’ military service and family life. Ancestry, Forces War Records and Find My Past are invaluable sources, but it’s often the website of a passionate enthusiast that adds colour to the story. So it was with Lance Corporal Cyril McNeill.

Censuses and records of births, marriages and deaths, quickly revealed that Cyril was born on 18 July 1892, the fourth son of Archibald Thomas and his wife Sarah Jane of 25 Wray Crescent, Stroud Green. I even found his First World War service file, fortunately not one of the National Archives’ ‘burnt documents’ that were destroyed in the Second World War.

Cyril enlisted on 19 May 1915 as a Private in 2nd Battalion, the Honourable Artillery Company (HAC). He embarked with the British Expeditionary Force for France in October 1916 and proceeded to the front the next day. He saw active service in France for just over a year, and was promoted to Lance Corporal.

On 26 November 1917 his battalion was sent to Italy as reinforcements for the Italian Army following their heavy losses that autumn. In October 1918, they were part of the victorious Allied armies at the decisive Battle of Vittorio Veneto, which brought the war to an end on the Italian Front. From his file, I noticed that Cyril underwent a medical examination on 16 January 1919 at ‘Imst, Austria’. What, I wondered, was he doing there?

Imst was, and still is, a picturesque place in the Tyrol near Innsbruck. Cyril and all four companies of 2nd Battalion, HAC, were sent there in November 1918 as part of the post-war occupation force.

No doubt there was some serious soldiering to do, but I very soon stumbled across much more interesting aspects of life in Imst thanks to one of those passionate enthusiasts – Andy Taylor, President of the Austrian Philatelic Society – and a wonderful piece on the Society’s website.

‘Having a jolly good time here at present in the Austrian Tyrol, plenty of tobogganing, we get up a fine speed too,’ reads a postcard sent home to Devon by a soldier called Charles. I had noted that Cyril was briefly hospitalised in December with an injury to his foot.

But the fun didn’t last long. On 11 January 1919 another soldier, Claude Boursot, wrote: ‘A lot of our chaps have gone home already… We get very little time for winter sports now so many fellows have gone.’

That was interesting, but the remarkable thing about this postcard was the address to which it was sent: 86 South View Road, London N8, just a couple of miles from Cyril’s home in Holloway and even nearer my own.

The recipient, Private Henry James Edwards was also a member of D Company of 2nd Battalion, but for some reason – illness or injury? – he had returned to England in July 1918. Did Cyril and Henry know each other in their civilian lives before the war? According to the 1911 Census, Cyril was a stockbroker’s clerk; I’m still trying to identify the right Henry Edwards so I can find out his occupation.

Andy had also put together a collection of extracts from local newspapers of the time. On 10 December 1918 the Allgemeiner Tiroler Anzeiger said of the British: ‘They have a regimental band, and give frequent concerts. They have taken over the Gasthaus Zur Krone and Gasthaus Zum Eggerbräu. Their evening Retreat ceremony is interesting. Relations between the local populace and the foreign occupiers are first class.’

The same newspaper commented on the catering when the HAC took over from the departing Italian troops: ‘The English Colonel is to give his men a celebratory meal, preparations for which are already under way. They are well provided for: white wheaten bread, high-quality meat, cheese (these we do not have), fish, excellent vegetables.’ Local people were not so lucky – there was widespread hunger in Austria during and after the war.

Gradually the HAC troops were sent home and on 22 January Cyril set off on the long train journey. According to the Allgemeiner Tiroler Anzeiger, the soldiers travelled ‘via Bozen and Trient to a collecting point at Monteccio, between Verona and Vicenza.’ And the paper noted that ‘Monteccio is especially interesting to the English as the setting for Shakespeare’s Romeo and Juliet’. I somehow doubt that was uppermost in Cyril’s mind. He arrived home on 3 February, and was demobilised a month later.

From the records that the Honourable Artillery Company has contributed to Ancestry, I discovered that Cyril’s brother Norman also joined the regiment. He was a Private in 1st Battalion serving on the Western Front, and, after he was badly wounded in 1917, at the Physical Training and Bayonet Training School. Cyril’s three other brothers, Archibald, Frank and Percy, also served in the war and returned safely; all five are commemorated at St Mellitus.

While I was researching the McNeills, the HAC archive was closed, so I couldn’t go and look for more material, and the archivist was on furlough, but I found some fantastic photos they had put on Twitter @HAC_TheCompany. I particularly like the one that shows the battalion forming a star shape in the snow.

One of those tiny figures in that snowy Austrian landscape, beneath those vast mountains, hundreds of miles from London, far away from his family, after four long years of war, is my soldier, Lance Corporal Cyril McNeill, 2nd Battalion, the Honourable Artillery Company.

The author would like to thank Andy Taylor for help with this blog. You can read his original article here.

Images reproduced by kind permission of the Austrian Philatelic Society.