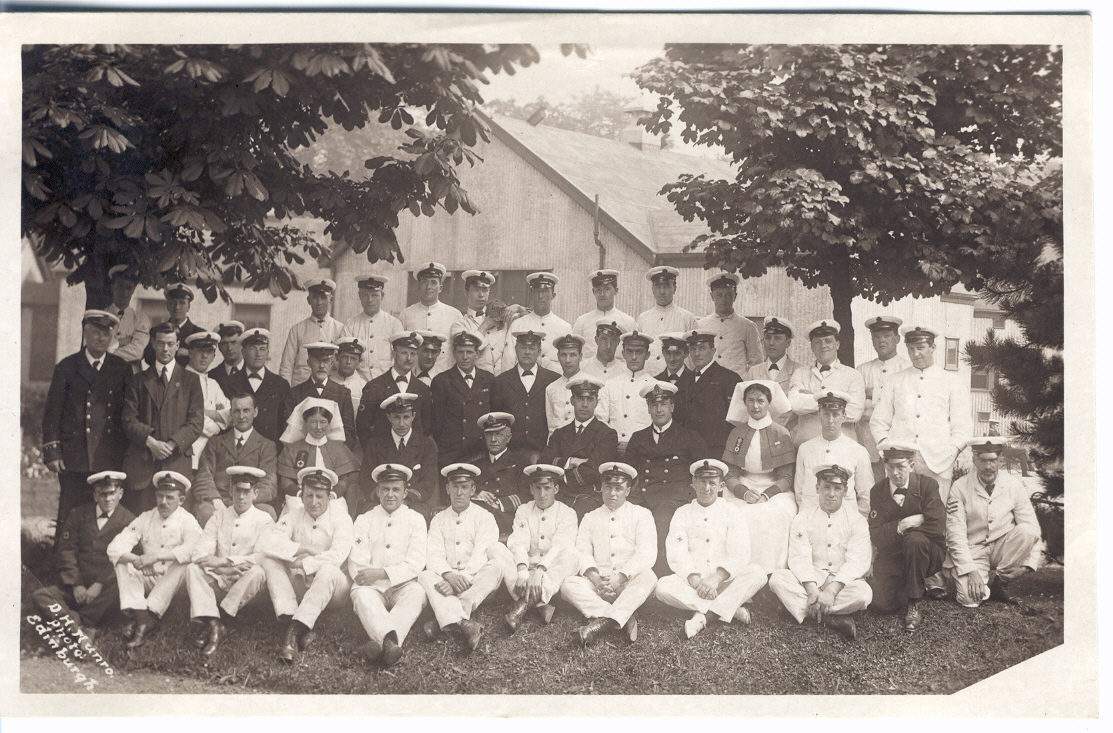 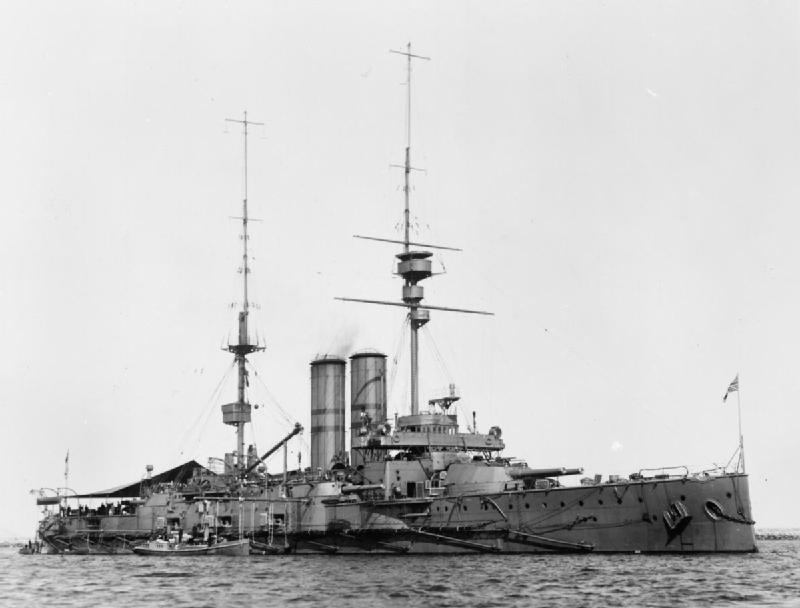 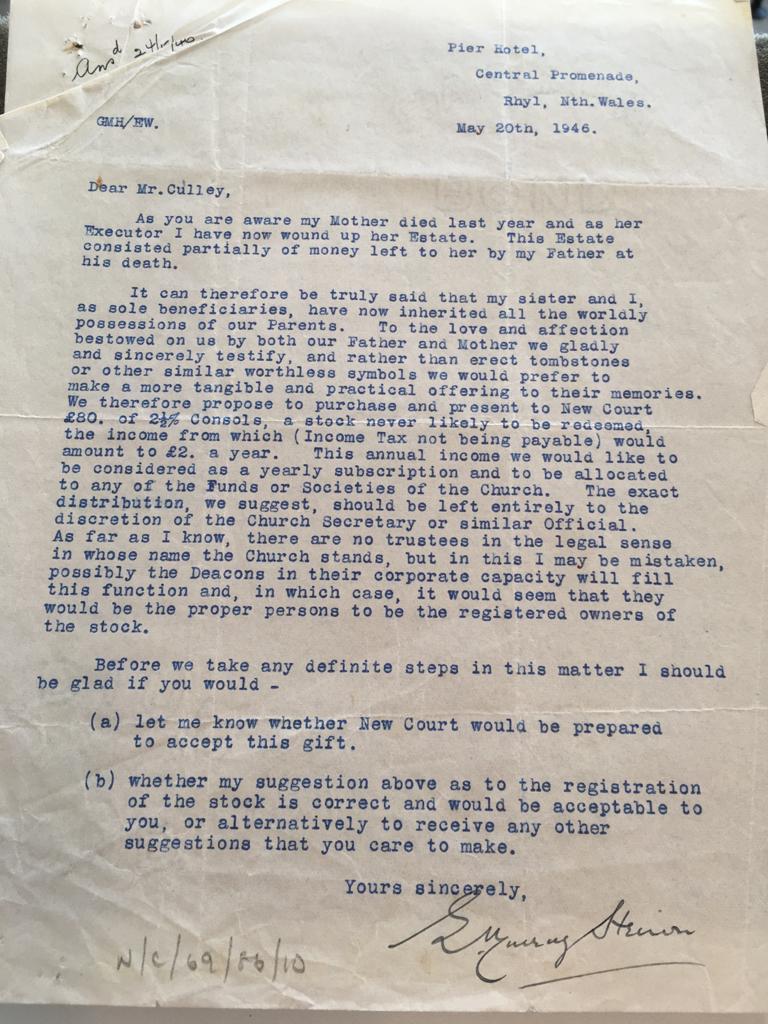 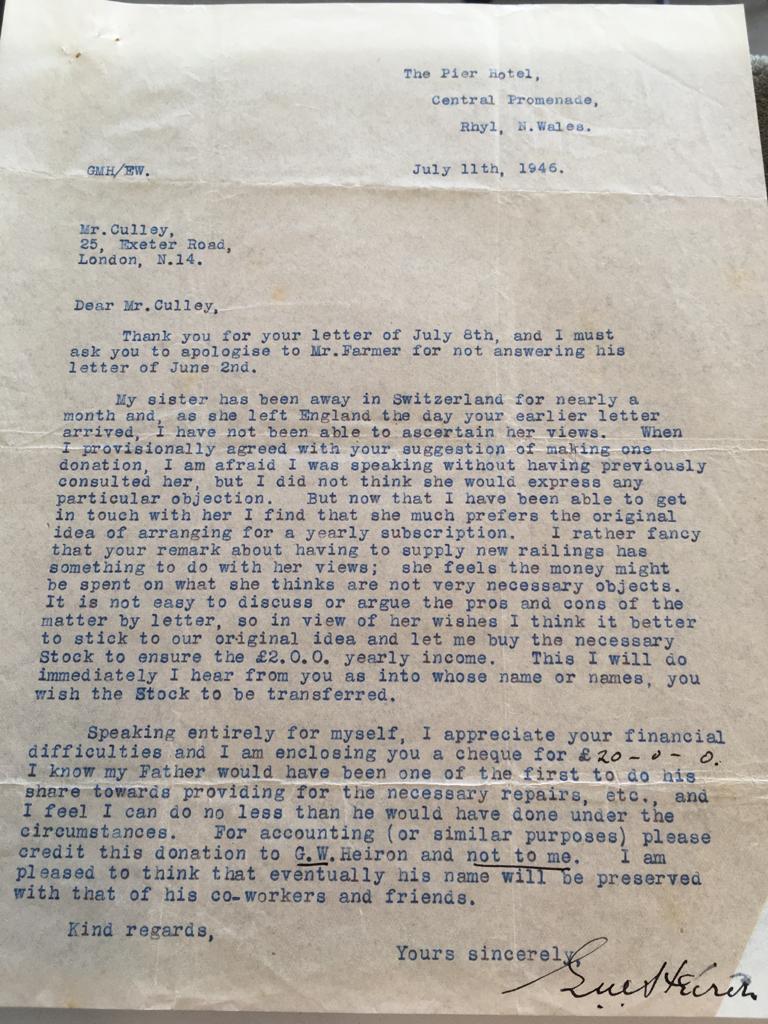 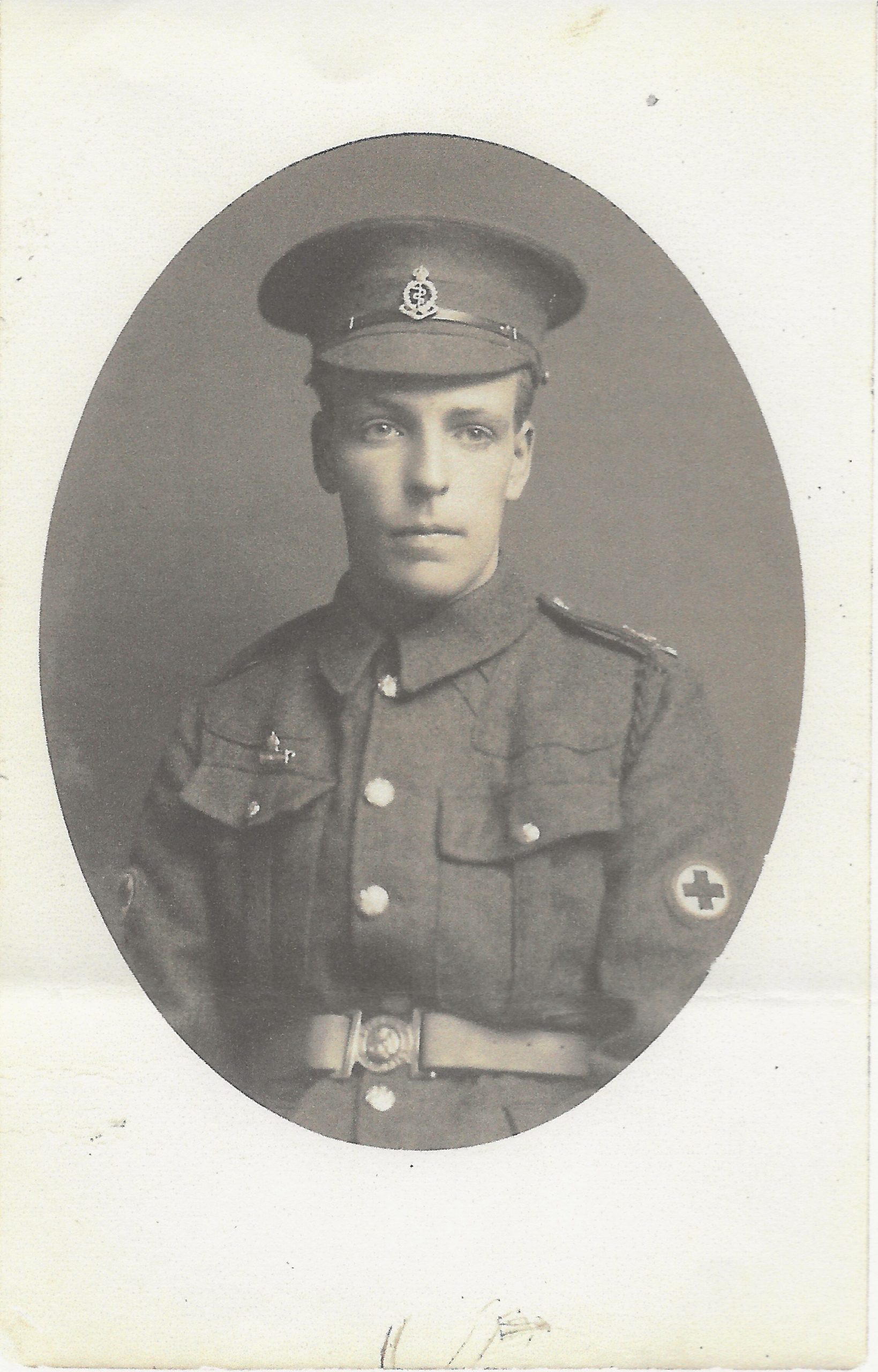 Having researched seven fallen soldiers, George Murray Heiron was one of the first soldiers who returned home after the First World War that I researched.  Researching a soldier who survived was another fascinating part of this project, as I was able to discover another chapter of my soldier’s life: the life he led after the war. I began my research in Spring 2020, at the time communities were coming together regularly to show their appreciation for health workers on the modern-day front line, and George provided a poignant link between the First World War and medicine. As the NHS rolls out the Covid vaccine, it seems fitting to reflect on how he and others contributed in equally unprecedented circumstances a century ago.

Born in Hornsey in 1889, George grew up in Crouch End before studying medicine at the University of London. He joined the Royal Navy as a sergeant, and Navy Lists record he was a temporary surgeon, serving on the battleship HMS Africa, working with a fleet surgeon and another temporary surgeon.

George also served in Queensferry, a town to the west of Edinburgh. He was based at Butlaw Naval Hospital, which in the early summer of 1916, treated some of the sailors injured in one of the most epic naval battles in history. The Battle of Jutland between the Royal Navy’s Grand Fleet and the German High Seas Fleet on the Eastern Side of the North Sea involved some 100,000 sailors and marines on both sides; more than 6,000 Commonwealth men lost their lives. Some of the wounded landed at Port Edgar and were bound for the hospital at Butlaw, Queensferry. This small hospital opened in 1910 and was expanded during the First World War, it eventually closed its doors in 1928.

The photograph above, taken during the First World War, shows a group of the hospital’s staff with a pet cat. It comes from an album of photographs and postcards kept by Emily Borrowman, who worked in the Post Office at South Queensferry. Perhaps one of the medics pictured is George?

George rose through the ranks of the Royal Navy to Surgeon Lieutenant. He is listed in the University of London’s Roll of Service, Memorial Books WW1 and WW2, between 1914 and 1919 and is among the returning soldiers who are commemorated at New Court Congregational Church.

Records held at the London Metropolitan Archive show that the connection between George’s family and New Court continued for many years. The letters pictured, which date from 1946, disclose that George, by then living in Rhyl, North Wales, offered to use some of the proceeds of his recently deceased mother’s estate to purchase stock in the church’s name that would guarantee them an annual income of £2. When the New Court treasurer replied suggesting a one-off donation instead, so that it might be used to repair bomb damage to the church railings, George’s sister objected. ‘She feels the money might be spent on what she thinks are not very necessary objects,’ he wrote back.

He worked with two medical charities: prior to his military service, he was a clinical assistant at Great Ormond Street Children’s Hospital. Its prominent children’s charity continues to undertake and promote fundraising activities to transform the health and well being of children and young people today.

One of his later roles was Assistant Director of the David Lewis Epileptic Colony. In the late-nineteenth century, there was no proper accommodation for epileptics, who were often housed in workhouses or asylums. In 1902 a large site near Alderley Edge was purchased by the David Lewis Trust (founded 1893) and the building of a purpose-built colony for epileptics began.

Around 1970 the charity changed its name to The David Lewis Centre for Epilepsy, and new clinical and assessment units were opened in 1973. The Centre is still active treating people with severe forms of epilepsy, but now treats other conditions including autism. It is now known simply as David Lewis. Its mission statement is: To provide an excellent service to individuals with learning disabilities supporting the meaningful transformation of their lives and the achievement of their aspirations.

George is not the only medic remembered at St Mellitus. John Martin Edwards, another returning soldier who is one of several members of the Edwards family commemorated at New Court, served as a medical orderly in the 3rd, 4th and 8th London Mounted Brigade Field Ambulance.

In October 1915, John was part of the Mediterranean Expeditionary Force sent to Gallipoli, where he served for just over a year. After a spell of illness at Mena Camp in Cairo during November 1916, he embarked on the Nitonian for Salonika, now Thessaloniki, in Northern Greece. He went on to serve in the Salonika campaign. As well as battle casualties, John would have treated soldiers suffering from endemic diseases, including malaria, made worse by the extreme heat in the region.

At St Mellitus, 46 fallen soldiers and 175 returning soldiers are commemorated. As we continue to find out more about these men, I wonder if we will discover more medics listed among their ranks?