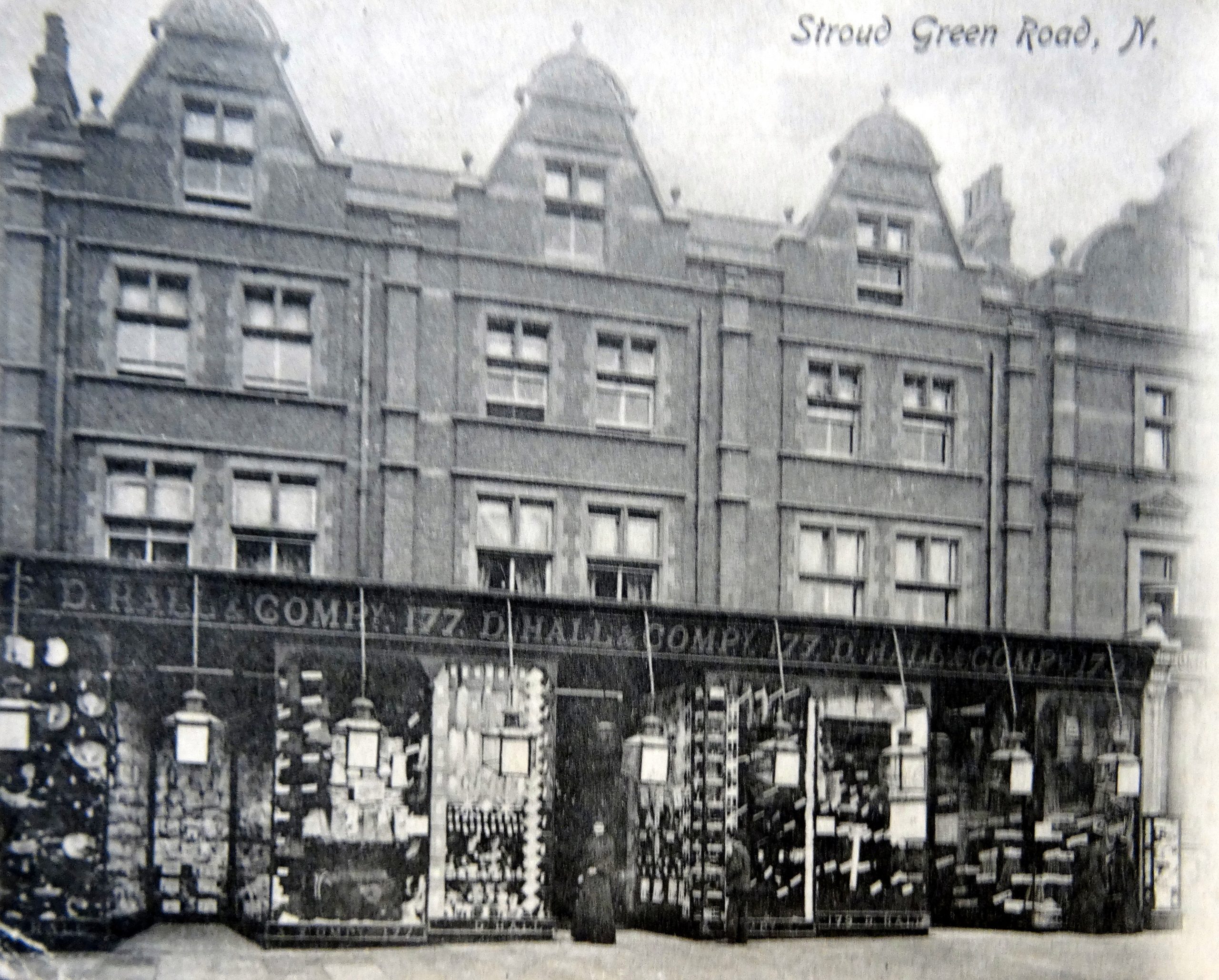 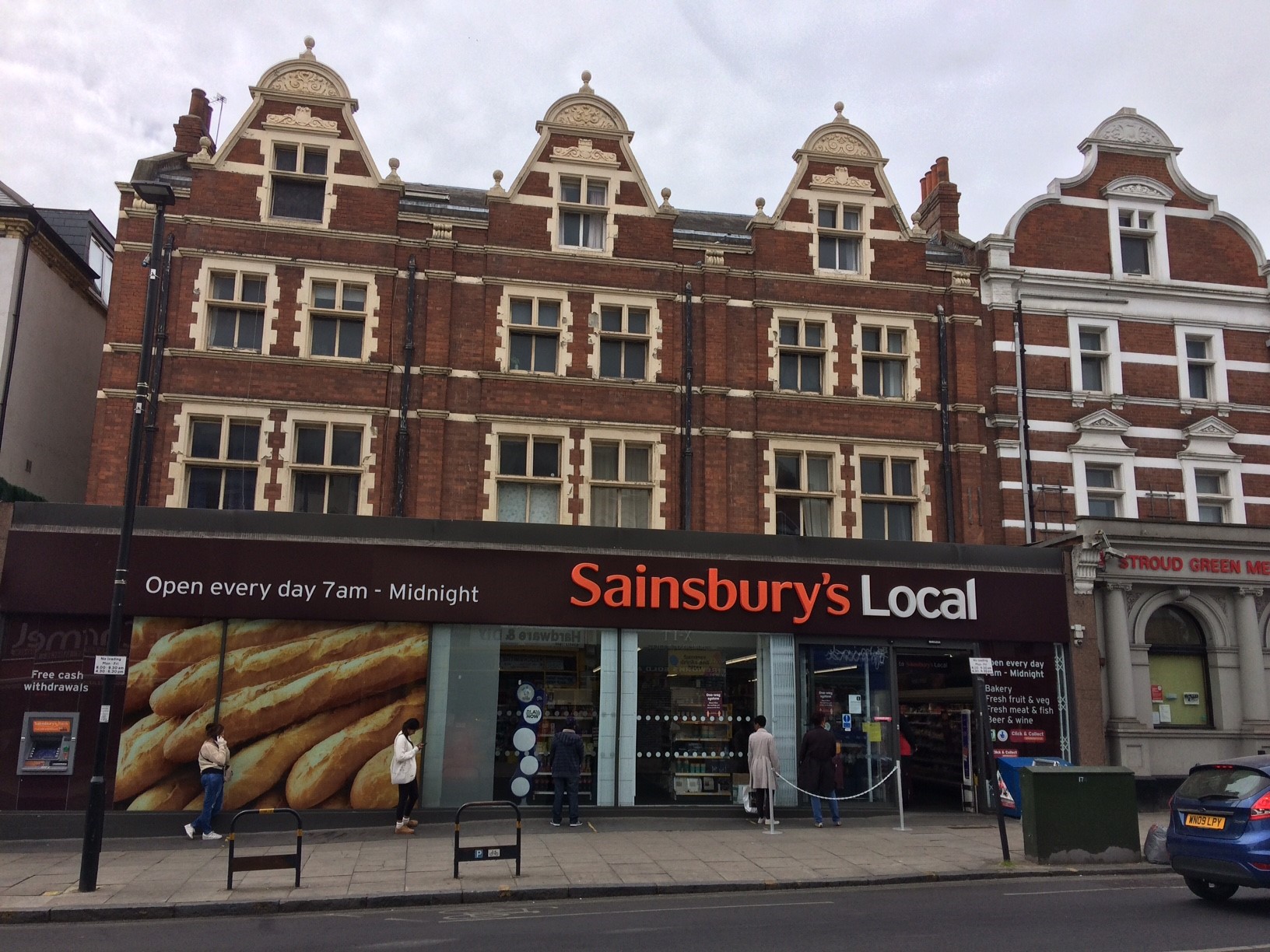 Archival research is an often solitary occupation, never more so than in spring of 2020 when I was stuck at home on my own during lockdown. But there are moments of shared joy when you discover something that turns out to have a very personal connection for someone else. So it was with my research into Thomas Ivor Hall, one of the soldiers who returned from the First World War.

Exact details of Thomas’s military service had proved elusive. There are 867 Thomas Halls on the Forces War Records website, including dozens in the regiments such as the London and the Middlesex that many of our soldiers joined. I couldn’t be sure any one of them was the right man. And there was nothing to identify the one T.I. Hall as our soldier from Stroud Green.

I had more success with his family life. Thomas was born in Islington in 1899 and baptised at New Court Congregational Church in February 1900. He was the oldest son of David Hall, originally from Wales, and his wife Fanny. He had four brothers: William, David, John, and James. When the 1911 census was taken, Thomas and William were at Ascham College, a boarding school in Clacton-on-Sea.

They were obviously a well-to-do family, I thought. In fact, they were very prosperous. I learnt that David Hall owned a magnificent draper’s shop that occupied no fewer than three large buildings in a prime spot on Stroud Green Road, and in 1911 they had nine female drapery assistants and four female servants living in. And there I thought Thomas’s story ended – except that it didn’t.

Members of our WhatsApp group began to share archive photos of Stroud Green. It was fascinating to see how grand Stroud Green Road looked in 1906. I wondered if any of them showed the draper’s shop, and immediately Geri, a fellow researcher who grew up in the area, popped up to say: “I remember it now. It was still there when I was a child, I loved it in there!”

Geri had a vivid memory from the late 1960s/early 1970s of her mother buying ribbon there for her and her two sisters. “I remember it being green as I was so happy to have it in my hair for St Patrick’s Day celebrations at school,” she said. “Hall’s itself was huge. It had wooden floorboards and wooden and glass display cabinets and drawers. I remember the piping high up snaking around the ceiling. I always loved going in there. It was a place like no other due to its vastness, especially to a small girl.” 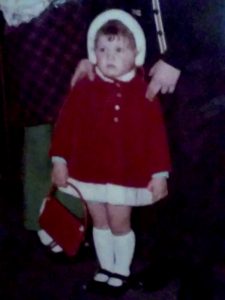 Shortly afterwards another of our team, Lorraine, posted to say she had talked to her mum, Margaret, who lived locally at the same time and remembered it too – as a devoted customer. Margaret takes up the story: “Having three young children, I was unable to go to big shops like Marks & Spencer easily. So when there was a special occasion, I was very lucky to have Hall’s on my doorstep.

“I was looking for something special for my daughter to wear to her younger sister’s christening. Hall’s was the store I went to and I found this beautiful red velvet coat with a matching hat for her. I also found a little sailor suit for my son. They were two and three years old.

“I used to shop there a lot. I could get bedding and adult clothes, as well as children’s clothes there. And I remember Mr Hall. He was a tall, slim gentleman, always smartly dressed in a collar, tie, and suit. I often saw him walking on Stroud Green Road; he served in the shop sometimes.

“There was Barclays Bank on the corner and then Hall’s. I can still see the way it was, not like the Sainsbury’s that’s there now. Halls had two entrances and three window displays. The displays were always made up with a variety of items from their large stock, including net curtains, wool, and clothes. I was very sorry to see it close but have many happy memories of shopping there.”

The tall, distinguished gentleman would have been in his early 70s and of course he could have been William, David, John or James Hall, but I like to think it was Thomas. I wonder what had happened to him in the intervening 50 years?

Perhaps our research will stir up more memories that will help to fill in the gaps. Do get in touch if you know anything more about the Hall family or remember shopping at their marvellous emporium on Stroud Green Road.