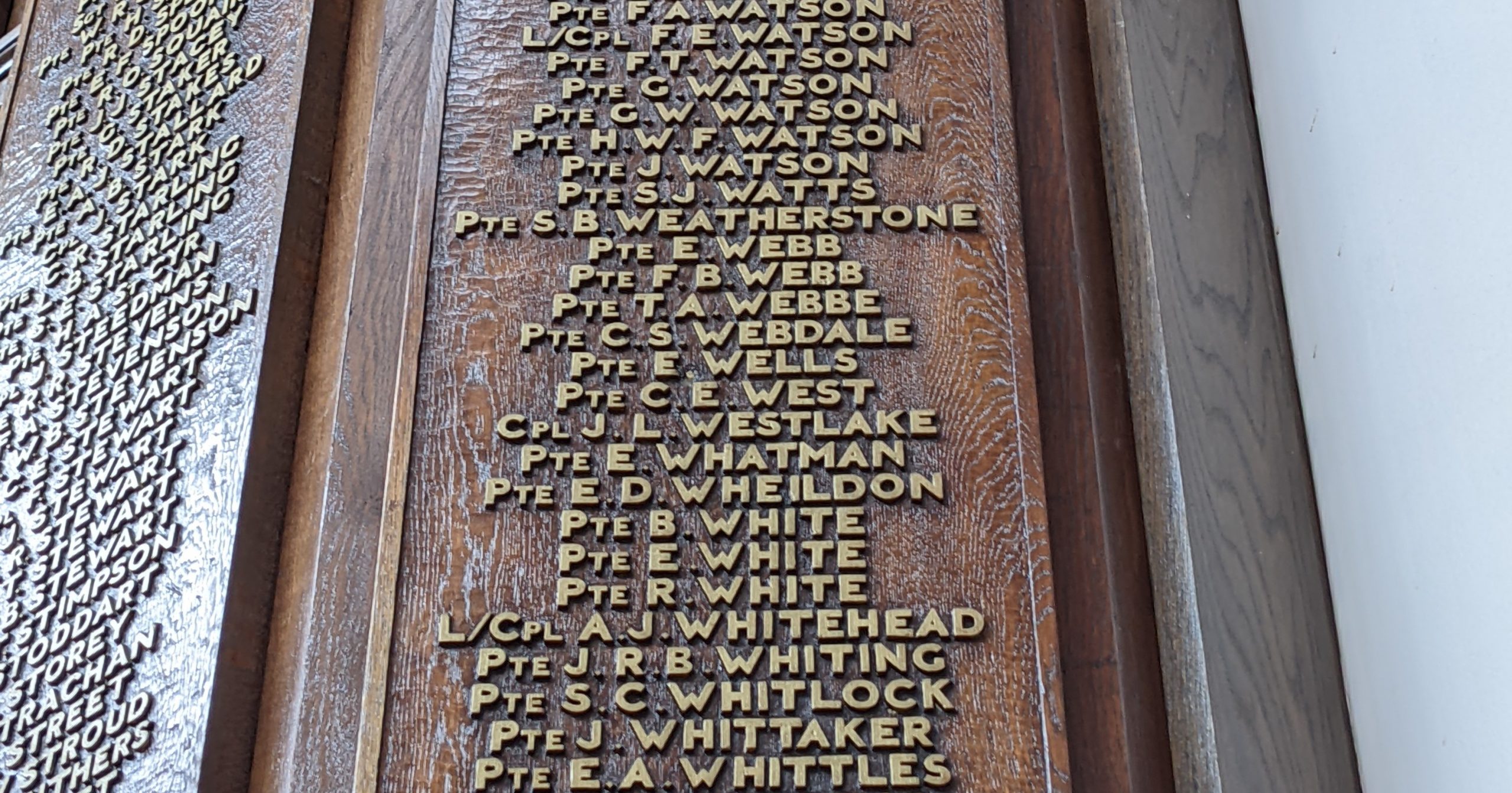 Private Edward Douglas Wheildon is the latest of the 221 soldiers from the First World War commemorated at St Mellitus Church to have his biography added to our archive. Volunteer researcher Charlotte Reynolds has done a wonderful job of piecing together his story and uncovered some fascinating local connections plus some living descendants.

Edward grew up in Stroud Green and attended Tollington Park College, a private school in the same road as St Mellius, then called New Court Congregational Chapel. Tollington Park College has long since gone but in 1901 its founder’s son, Campbell Brown, built a new school in Muswell Hill that was the forerunner of the present-day Fortismere School.

Like so many young men of his generation, Edward signed up for service not long after his 18th birthday. He left a job in insurance to fight for his country and was still a teenager when he was killed in France in 1917. “An only son” is the short inscription on his headstone with which his family marked his short life.