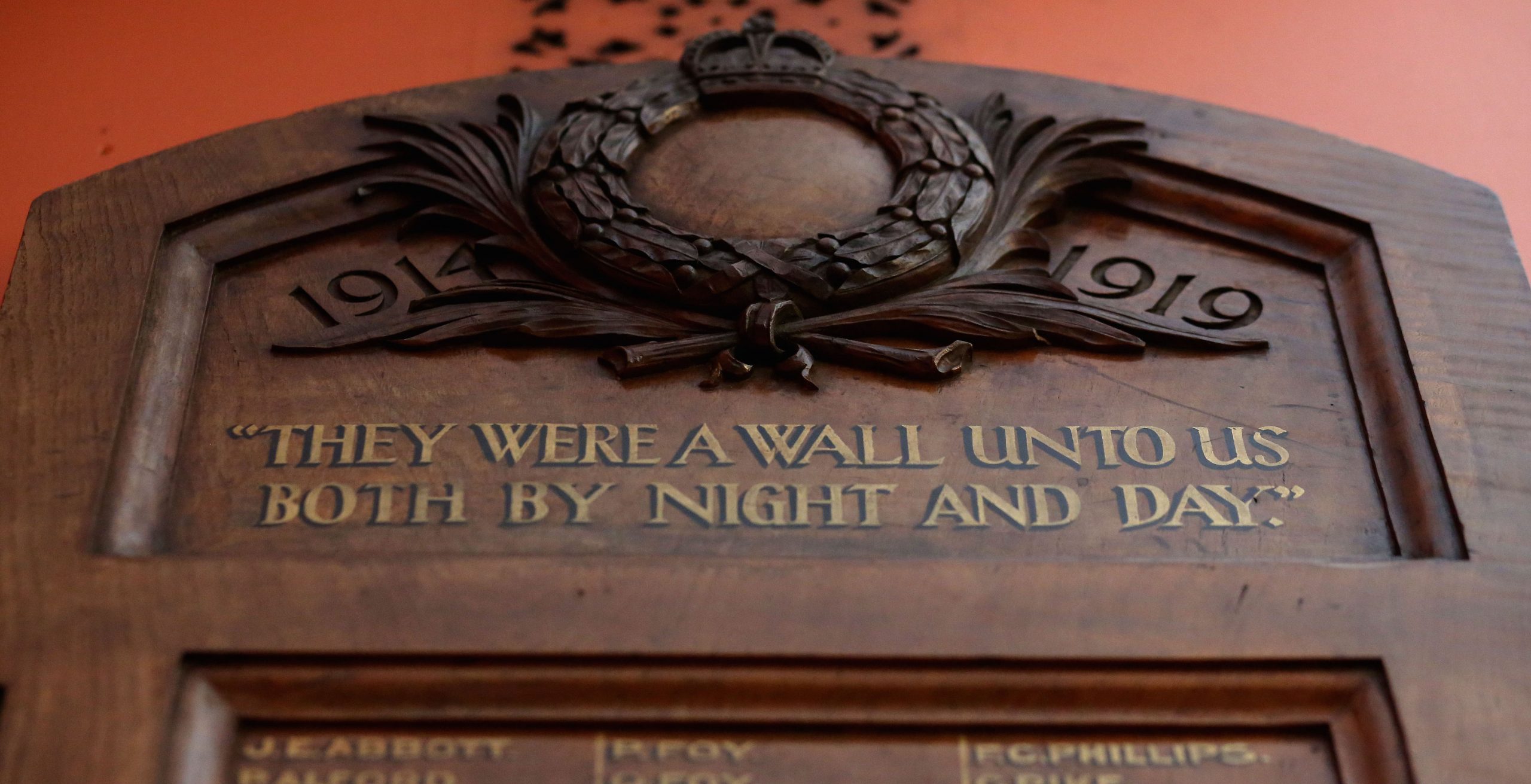 Covid restrictions have meant that the London Metropolitan Archives (LMA), which holds the original records relating to the organ at St Mellitus, has remained closed to visitors for many months. Happily, last month, one of our programme leads, Emma Beck, was granted access and made a wonderful discovery.

The Hunter memorial organ at St Mellitus was commissioned and installed in 1920 by the New Court Congregationalists. New Court, as it was then known, was sold to Westminster Roman Catholic Diocesan Trust in 1959. It wasn’t until 2009 that it was discovered that the organ had been installed with two tablets as New Court’s First World War Memorial.

One of the tablets lists the names of 46 soldiers who died; the other bears the names of 175 soldiers who returned home. In 2018, a group of volunteers from the parish began to research the soldiers’ stories. Finding information about the soldiers who died was relatively straightforward, as the tablet listing their names includes their first names and middle initials. The other tablet however lists only the initials and surnames of the returning soldiers. This limited information, coupled with the fact that these men survived the war, so we have no indication of their dates of death, has made uncovering reliable histories for these men extremely difficult. Our visit to the LMA last month changed all that.

Amongst the New Court records at the LMA are copies of the church manuals, which were published annually. These manuals hold a treasure trove of information about church membership and activities, and during the war years an annually updated Roll of Honour. Of great value to us, these Rolls of Honour list the first names and initials of most of the returning soldiers. More than this, as one of our researchers noted, it tells us more about some of the fallen soldiers, revealing that some were known to their friends and peers by diminutives – Percy not Percival for example – or by their middle names.

Our group of archive researchers continue to find out more about the men commemorated by the organ. You can read about their discoveries by searching the soldier database in the ‘Soldiers’ section of the website. The database is regularly updated as we uncover more of their stories.

If you would like to get involved and learn some family history research skills get in touch and join our group of archive researchers. We meet monthly (at the moment via Zoom) and have an active WhatsApp group offering peer support.   Email us at volunteer@stmellitusorgan.co.uk

As well as funding the organ restoration and activity programme, the grant from The National…