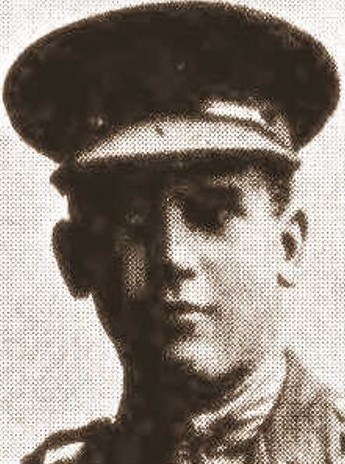 The St Mellitus archive volunteers have been extremely hard at work during the latest lockdown. Using archive research skills developed during the project, they’ve added detailed biographies to the soldier database.  Thanks to their incredible efforts there are now in-depth records for more than 70 of the 221 men commemorated by the organ.  It is a fantastic achievement.

Their work has revealed that men from New Court served in the Army, Navy and Royal Flying Corps.  Unsurprisingly, so far the most common regiment in which our soldiers served is the London, but some were in more unexpected regiments like the Loyal North Lancashires, the Grenadier Guards and the Royal Inniskilling Fusiliers.

The majority saw action in France or France and Flanders, but some served further afield in Gallipoli, Salonika, Italy, Egypt, East Africa and India.  Quite a number never left the UK, serving at training camps or home defence stations.

We have discovered that two of our men – James Ashman and Cecil Ashcroft – fought alongside each other in the 19th (County of London) Battalion (St. Pancras) and died on the same day. They also share a burial place: Dud Corner, part of the Loos Memorial where more than 20,000 soldiers who have no known grave are commemorated.

Leslie Edwards was awarded the Military Cross, an honour given for ‘conspicuous gallantry and devotion to duty’.  One of his brothers – Cecil – and nine of his cousins are also remembered at St Mellitus, the most from any one family (so far!).

We have uncovered a number of officers, among them one Captain and a Surgeon Lieutenant, both of whom survived the war. Of our 46 soldiers who died, five were officers, three were Corporals, two were Lance Corporals and two were Sergeants; the remaining 34 were Privates and equivalent ranks.

As well as information about their service histories, our volunteers have also uncovered information about the men’s professions before the war: eight were bank clerks – Norman Heaven and Arthur Bernard Schofield are also remembered by the Barclays war memorial at the bank headquarters at Canary Wharf- and 20 more were other kinds of clerks, including several on the Stock Exchange.  Some of the most unusual occupations discovered include ‘School Hairdresser’s Lather Boy’ and rather fittingly ‘Fly Finisher Assistant at a Pianoforte Makers’.  At the time there were a number of piano factories in this part of North London.

We would like to thank our wonderful team of archive researchers for their dedication and commitment to the project.  Their work continues, but you can search the archive to read the newly uploaded biographies and find out more about the men commemorated by the organ.

Recently we had the pleasure of interviewing Professor Jerry White, Historian at Birkbeck and author…