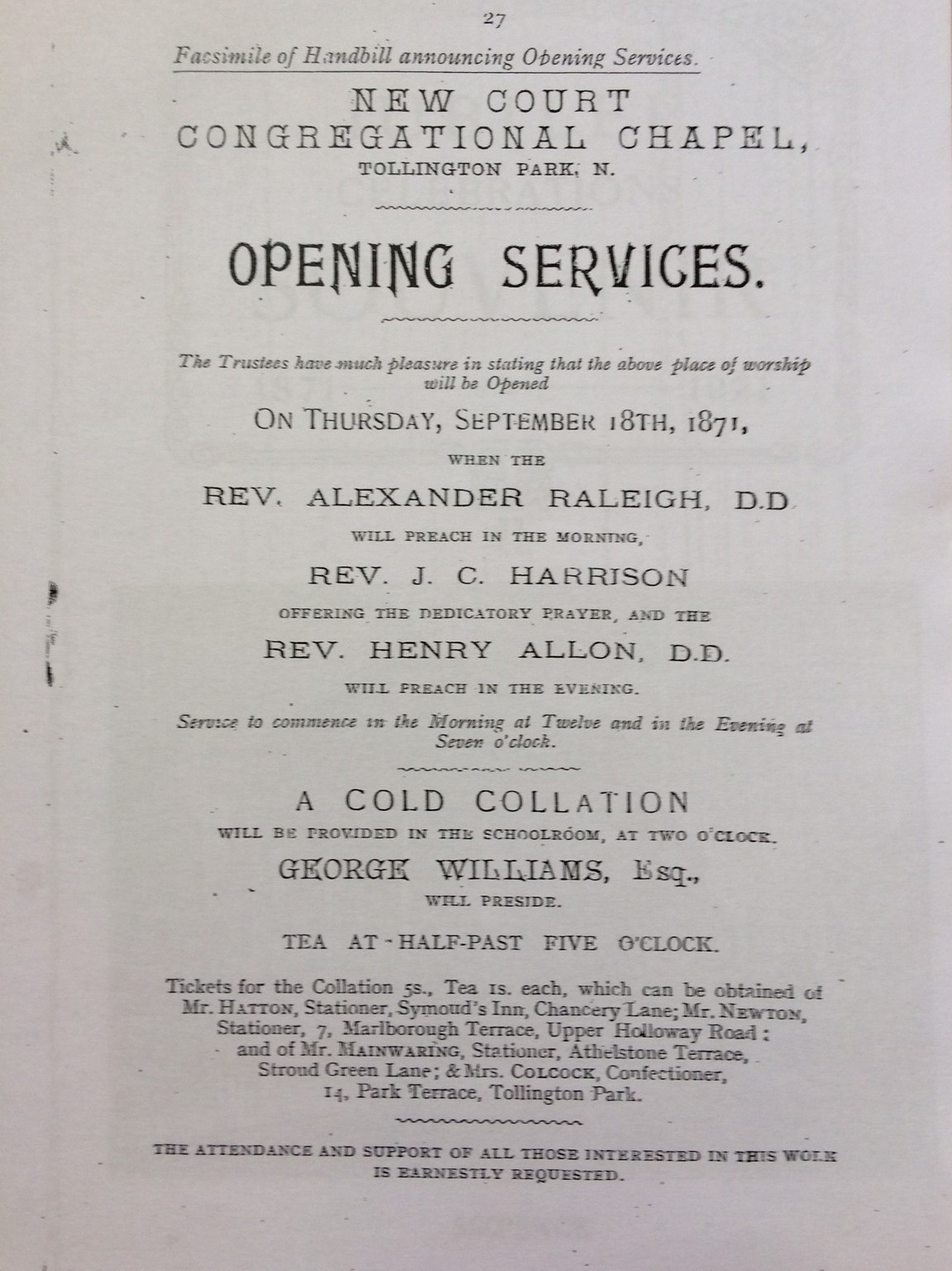 Did you know the St Mellitus Church building is 150 years old today? The first services were held at New Court Congregational Chapel on Thursday 18th September 1871. Reverend Alexander Raleigh preached in the morning, Reverend Henry Allon preached in the evening and their addresses sandwiched ‘a cold collation’ at two o’clock and tea at half-past five.

The striking neo-classical edifice in Tollington Park became St Mellitus Church in 1959. It was once surrounded by ‘Elysian fields’ – in the words of an account from the church’s Golden Jubilee in 1921. The fields are long gone but the church’s Hunter memorial organ has been lovingly restored, 100 years after it was built to honour 221 men of the parish who fought in the First World War.

In the gallery below, you can read all about New Court and St Mellitus. Karen Brookfield, an archive research volunteer on the St Mellitus Organ Restoration Project, has condensed a century and a half of local history into two pages. There is Cecil Searle’s personal recollection of that day in September 1871. His father, CG Searle, was the architect of New Court, which you can see in all its glory then… and now. And this month the restored organ was played in public for the first time as part of the Open House Festival. Excerpts from the recital by organist Marion Bettsworth (pictured), Patricia Hammond and Matt Redman will appear on this site soon.