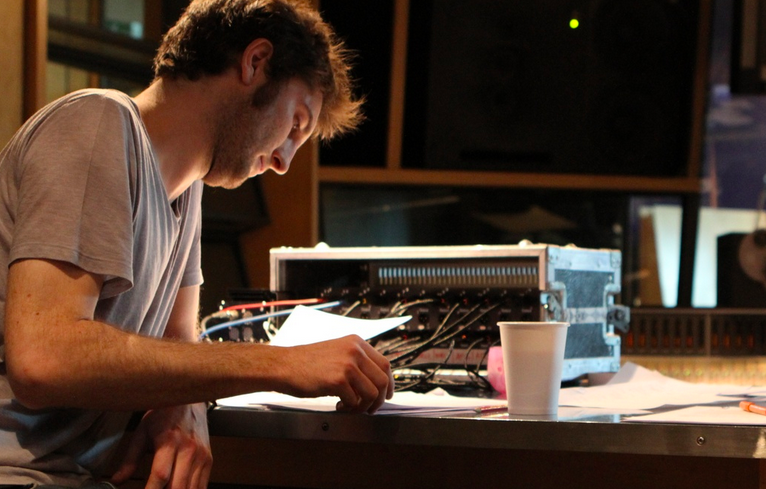 Emmy Award-nominated composer Nicholas Singer has written two specially commissioned new works for the newly restored organ. You can listen here to recordings of Our Time Lost and All Losses Restored, performed by James Orford.

Nicholas, who studied music at Oxford University and composition at the National Film and Television School, has spent the past two decades writing scores for film, theatre, television, video games and installations.

James, who until recently was Organist in Residence at Westminster Cathedral, previously held organ scholarships at St Paul’s Cathedral, King’s College, London, the Royal Hospital Chelsea and Truro Cathedral. He is a regular performer, both as a soloist and an accompanist, and also performed in our lived-streamed Christmas centenary concert for the memorial organ in December 2020.

Our Time Lost and All Losses Restored are being released a century after the Hunter memorial organ was installed in honour of the men of the parish who fought and died in the First World War. Nicholas’s aim was to link the theme of loss associated with the pandemic and the effect that the First World War had on the local community, and express the ensuing spirit of remembrance, rebuilding and hope.

‘It has been a huge privilege for me to be involved with the St Mellitus Organ Restoration Project,’ he says. ‘It has widened my understanding of how important community can be and taught me the true significance that objects of memorial can represent’.

‘The pieces begin with a slow meditation on the loss of lives, community and the sense of “life as we knew it” – reflecting the surreal sense of time standing still as we all wait for an unpredictable outcome. As they develop, the sense of restoration shines through, as the performer shifts through the different colours made available by the organ’s impressive variety of pipes.

‘Although there is much sadness and sombre melancholy in the music, it is essentially a celebration of what this organ’s renewal has come to symbolise.’

The new pieces will soon be performed live at St Mellitus for the first time. Marion Bettsworth, the organist at St Michael’s Church, Highgate, will play them as part of her recital at St Mellitus on the evening of 30th October, a Stroud Green Festival event that takes place a little more than a month after the 150th anniversary of the foundation stone for the original New Court Congregational Chapel was laid.