The organ at St Mellitus was built as a memorial to the 221 men from the parish and the local community who went to fight in the First World War.  When commemorative plaques, listing the names of the men, were discovered, little was known about these men whose stories were largely lost to the existing members of the parish.

So, back in 2018, during the development stage of the organ restoration project, a group of St Mellitus parishioners began meeting fortnightly after Mass on Saturday mornings to start researching the men.  Islington Heritage Service provided training on how to navigate the myriad of online archives available.

In January 2020, some of the original volunteers and a number of new budding researchers from the wider local community met to carry on this investigative work.

Our research is starting to reveal connections between the soldiers: brothers who never came home, others who died whose siblings returned, and men whose sisters married other soldiers commemorated by the organ.  A picture is beginning to emerge of a close community fractured by the effects of the First World War, grieving together for those who were lost and forever changed by what they had experienced.

One of the signatories on the original organ contract, signed in 1919, was Edwin Heaven, whose son is one of the men commemorated by the organ.  Norman Edwin Heaven was born on 30th June 1897 and baptised at New Court Chapel (now St Mellitus) on October 31st the same year. One of four siblings, he died at Templeux in the Somme on 21st March 1918 at the age of just 21. One of his men recalled: “He was a gentleman to all, and liked by everyone, and stuck to his gun until the end. He died a hero, and is buried near Rosnor and Templeux Quarries.” His older brother, Arthur Durrant Heaven, is also commemorated by the organ and died on the Isle of Wight in 1973.

Please get in touch if you have any information about the soldiers, or if you’d like to join our archive research group and help us find out more about the men commemorated by the organ. 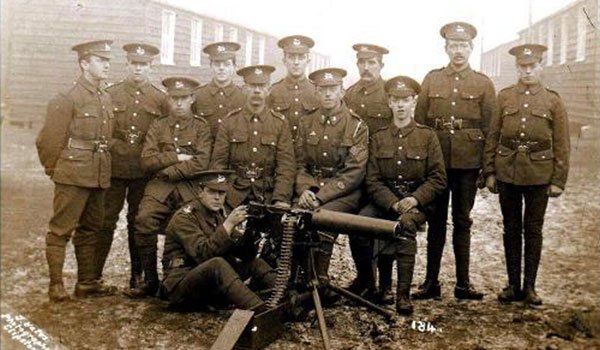